This post was written to report the work of Capstone Team G, one of the teams of Park Leaders involved in the Winter 2021 Park Leaders Development Program.

With the growing pressure of climate change, cultural and natural heritage sites in Canada’s parks and protected areas are facing continuously greater challenges. Parks leaders and stakeholders are having to problem solve on tight timelines, tighter budgets, and with the knowledge that many Canadians have a vested interest in the outcome of their decisions. Our capstone team was interested in understanding the challenges that come with making these decisions, and ways in which to simplify complex decision making processes.

Our interest began with wanting to explore both the natural and cultural impacts of climate change. Often, cultural landmarks are left out of the discussion when talking about the impacts of climate change on Canada’s landscape. However, valuable cultural sites, such as the centuries old Totem Pole stand at Haida Gwaii, are facing possible destruction as a direct result of rising sea levels. Important decisions are being made on whether or not to preserve these landmarks, and how to do so.

With this in mind, and the permission of Capstone Team A, we decided to update their infographic to integrate the RAD framework and include cultural resources as well as natural resources. We found the RAD framework could be tested using real conservation case studies. We also found in our exploration of decision making tools, that while many tools exist, few are tailored specifically to climate change, and even fewer address climate change as it relates to natural and cultural heritage sites. This is an area where little work has been done. We think that expanding upon this topic will not only be of interest in the future, but necessary to preserve, or accept the loss of, Canada’s natural and cultural heritage landmarks.

Decision making in Canada’s parks and protected areas will only get more complex with the increasing pressure of climate change. The infographic that we have created can contribute to park leadership by laying out a simple, yet effective method of working through difficult decisions. It also shows that these decisions do not need to be made in isolation. Many leaders across Canada are facing similar issues, and coming together to discuss seemingly impossible decisions will help foster a dialogue in which ideas can be shared, problems can be solved, and ultimately, responsible and tough decisions can be made.

Moving forward, we believe next steps could include: 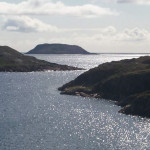 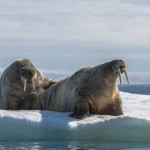