Negotiating a Future: Indigenous Leadership through the Ages

Negotiating a Future: Indigenous Leadership through the Ages 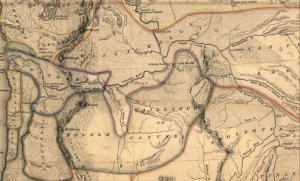 In the mid-1800s, many Northwest tribes signed treaties to reserve an area of their traditional homeland for their perpetual use. Using the Walla Walla Treaty Council as the setting, Roberta “Bobbie” Conner (Nez Perce/Cayuse) will explore the circumstances and significance of the Confederated Tribes of the Umatilla Indian Reservation’s Treaty of 1855. What happened at the Treaty Council? Who was there? What was said? And, most important of all, what did tribal leaders of the 1850s have to consider and negotiate to ensure a future for their people? Next, Ron Allen (Jamestown S’Klallam) will discuss the challenges Indigenous leaders have faced over time, the current issues, and what the future might hold for tribal nations.

Roberta “Bobbie” Conner is the executive director of the Tamástslikt Cultural Institute, the museum of the Confederated Tribes of the Umatilla Indian Reservation near Pendleton, Oregon. Bobbie is a leader in the national museum community, a noted historian, and committed horsewoman. She was the 2007 ILA Awardee.

W. Ron Allen is the CEO of the Jamestown S’Klallam Tribe, which is located on the Olympic Peninsula in Washington state. He is a past president of the National Congress of American Indians and the Affiliated Tribes of Northwest Indians. Ron has served on numerous federal and state advisory boards, covering a multitude of issues important to Native peoples. Ron was the 2005 ILA Awardee.

This is the first of four briefings in this series. Learn more about the full series and RSVP.