By Hameet Singh and Rachel Goldstein

Hameet Singh and Rachel Goldstein are part of a team of CPCIL Research and Knowledge Gatherers producing content and compiling resources on themes such as inclusion, ecosocial justice, partnerships, conservation, organizational sustainability, climate change and biodiversity, connection to nature, conservation financing, and ecotourism, to support effective and equitable leadership and inclusion in parks and protected areas across Canada.

MPAs exist globally to protect biodiversity and ecosystem services associated with marine and coastal habitats. They help marine ecosystems adapt to the impacts of climate change such as ocean acidification, rising sea levels and sea surface temperatures, and storm intensification (1). The ecology of MPAs, therefore, is diverse, interconnected, and transient in order to accommodate the conservation goals of MPAs. Conserving marine or coastal ecosystems differs from terrestrial conservation in many ways. Marine environments are less restricted, and survival of species are less linked to specific sites due to the transient nature of many marine species (2). Marine habitats are also more sensitive to human activity (2). Conservation initiatives are therefore more focused on habitats or areas that are important for commercial or recreational use, such as mangroves, barrier islands, wetlands, and reefs, as opposed to specific species (2).

The ecological success of MPAs is largely dependent on the level of protection and management. MPAs with low levels of protection may prevent ecological degradation but are unlikely to assist in improving biodiversity or ecosystem health (3).  Similarly, poorly managed MPAs can have little to no effect on marine health (3). A highly protected and well managed MPA reaps many benefits, such as increased ecological and genetic diversity, and greater species abundance, size, and biomass (4). The biomass of fish and crustaceans within MPAs can be 2-5 times greater than in fished areas (4).

MPAs also contribute to marine research by serving as control areas for research purposes. Varying levels of protection within and across MPAs allow researchers to determine the effects of human impact and climate change on marine health in protected areas versus unprotected areas (5).

Many studies have shown that MPAs are more efficient in protecting ecosystem services when they contribute to the protection of a variety of ecosystems and bioregions. This is especially true when MPAs reinforce protection in areas of high biodiversity such as reefs, coastlines, and wetlands (3,6,7). As of 2017, seven countries had established 80% of the surface of MPAs in the ocean (3). The race to reach Aichi Target 11 by 2020 has resulted in the construction of large, remote MPAs in order to increase the surface area protected by MPAs and reach the goal of Target 11 (8). Protecting large patches of open ocean is important for pelagic biodiversity, however, these MPAs are not as effective in conserving species and ecosystems as MPAs targeting vulnerable habitats such as mangroves and barrier islands (9). In order to achieve ecological success, MPAs must be diverse in size and location, interconnected, and protect all bioregions to some degree (9).

Some of the most significant threats to ocean biodiversity are climate change, high human impact, exploitation of resources, pollution, invasive species, and changes to water chemistry (9). MPAs offer a refuge from negative pressures and threats to biodiversity. Open marine ecosystems often require less facilitated restoration than terrestrial ecosystems (10). These open systems allow for natural recovery through recolonization by propagules and influx of nutrients from surrounding areas (10). By protecting an area from the impacts of overfishing, dredging, or offshore resource extraction, marine ecosystems may be able to restore balance without further intervention, though semi-terrestrial plant life, such as mangroves and saltmarshes can be replanted to assist in recovery (10).

Marine environments are highly sensitive to outside or surrounding pressures. Overflow effects from outside MPA boundaries can often be deleterious to the ecosystem within (2). A study of the effects of noise pollution on whale communication found that within MPAs, the noise pollution from seismic surveys or vessel traffic in surrounding areas disrupted communication and led to population declines (11). For these reasons, it is important to have large enough MPAs or MPAs with expansive buffer zones to account for negative overflow effects.

Increasing buffer zones can also assist with the health of entire trophic systems. Following the collapse of cod populations in eastern Canada, a moratorium was placed on cod fishing. This caused pressure from commercial fisheries to shift to other species such as lobster and halibut, further straining an already vulnerable trophic system. Protecting interconnected trophic levels by expanding buffer zones, even for short periods of time, has shown to improve overall ecosystem health (9).

As of 2018, just 13% of the world’s oceans were classified as marine wilderness, or areas devoid of intense human activity (13). MPAs are a vital step in ensuring the ocean remains wild. Canada is doing its part in protecting marine ecosystems, but still has far to go if we are going to adequately protect the diversity of marine life from coast to coast to coast.

Read the rest of the report: 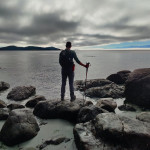 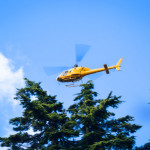 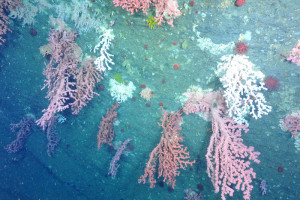 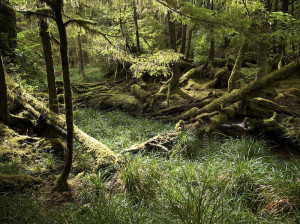 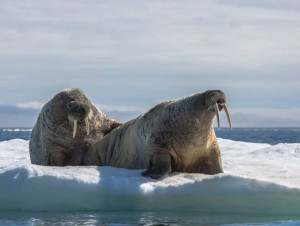