By Hameet Singh and Rachel Goldstein

Hameet Singh and Rachel Goldstein are part of a team of CPCIL Research and Knowledge Gatherers producing content and compiling resources on themes such as inclusion, ecosocial justice, partnerships, conservation, organizational sustainability, climate change and biodiversity, connection to nature, conservation financing, and ecotourism, to support effective and equitable leadership and inclusion in parks and protected areas across Canada.

MPAs are increasingly receiving more coverage and recognition as an invaluable tool in the protection and rejuvenation of important marine species diversity. However, freshwater biodiversity still continues to decline in rivers, lakes and wetlands, threatened by irrigation, invasive species, changes in hydrology, pollution, and industrial and domestic overuse (1). Freshwater fish have become the world’s most endangered group of vertebrates after amphibians and may become extinct in the next 20-25 years (2).

It is also projected that the extinction rate of freshwater species will be about five times more than of terrestrial species and three times more than coastal marine species. Canada constitutes 20% of the world’s surface freshwater (3) and is considered abundant in this precious resource. Nevertheless, freshwater here is also in peril, with the Great Lakes falling victim to algal blooms (4) (Figure 1), the South Saskatchewan River in Alberta being overexploited (5), and the Great Slave Lake in the Northwest Territories becoming contaminated by mining run-off and waste (6). Freshwater protected areas (FWPAs) are one solution proposed to combat such changes, established to safeguard inland freshwaters that are crucial to human society and wildlife. FWPAs and the conservation of freshwater resources have been found to be central to sustaining biodiversity (7), as freshwater ecosystems have the greatest species diversity per unit area (8). They also provide ecosystem services and sustain economies and communities, providing benefit for fishing, tourism and agriculture to name a few.

Despite their benefits, few FWPAs exist, and freshwater habitats are usually included as a part of terrestrial reserves, which does not ensure their protection. Activities such as dam building (Figure 2), road infrastructure or the diversion of water can still occur within or on the fringes of park boundaries, having negative impacts on freshwater ecosystems (2).  An effective FWPA system is lacking in most parts of the world, and many of those that are implemented are by chance due to being a part of a larger encompassing terrestrial protected area (9). Research and study in the area of FWPAs is also deficient, with traditional theories of conservation misaligning with the freshwater realm and insufficient monitoring to support their implementation (10). Furthermore, conservation planning in the case of freshwater has been traditionally lagging largely due to the spatial and temporal connectivity complexities that characterize freshwater systems (8).

A myriad of political, economic and cultural facets can also make FWPA planning difficult, with jurisdictional divisions within and across national boundaries (as is the case in the Great Lakes) obstructing efforts to create freshwater exclusive protected areas (2).  Such problems are worsened in the case of river systems due to the long distances that they can traverse. Freshwater habitats are also central sites of human settlement, and as such, the formation of FWPAs can require several negotiation and consultation phases with local communities and relevant stakeholders (11).

Several prospects and management strategies exist to unlock the potential of FWPAs. One such method is the Ramsar Convention on Wetlands of International Importance (RAMSAR), the first of the global nature conservation conventions (12) and the most extensive list of sites focusing on wetland conservation (9). Signed in 1971, RAMSAR provides an international framework for the conservation and sustainable use of wetlands around the world, including lakes and rivers, underground aquifers, swamps and marshes, wet grasslands, peatlands, oases, brackish estuaries, deltas and tidal flats, mangroves and other coastal areas, coral reefs, and all human-made sites such as fishponds, rice paddies, reservoirs and salt pans (12). Canada has 37 designated RAMSAR sites, implemented through the North American Wetlands Conservation Act and the Canadian Federal Government Policy on Wetland Conservation (13). This includes the Queen Maud Gulf Migratory Bird Sanctuary (Figure 3), which is also the second largest RAMSAR site in the world (11). In addition, a system for heritage or wild rivers can serve as a good representation of traditional protected area management better fitting the freshwater environment (14).

The Canadian Heritage Rivers System (CHRS), created in 1984, is one such example of this (15). It is a collaborative effort between the federal, provincial and territorial governments, aimed to promote, protect, and enhance Canada’s river heritage (16). The CHRS works with local managers and stewardship groups to ensure the ecological integrity of their associated designated rivers. However, a gap that remains to be addressed is that the CHRS does not prohibit or mandate any activities (14). Furthermore, to overcome multi-jurisdictional obstacles, the International Joint Commission (IJC) was set up by the Boundary Waters Treaty as a bi-national organization between the governments of Canada and the United States to cooperatively manage waters along the border (17). The IJC is an example of a collaborative freshwater management approach to the improvement of water quality and other issues that benefits both nations. Other examples of freshwater stewardship within the vein of protected areas include inland fishery reserves, riparian buffer zones (14), integrated connectivity and watershed planning (8), and increased research and monitoring (18).

The extent of the NMCA includes the lakebed, islands and shorelands. In addition to the ecology, it also houses important historical and geological structures – fossils that date back 2.1 billion years ago, showcasing the beginnings of life on earth, shipwrecks, and indications of human presence going back at least 5000 years by the pictographs found in the park (20). Besides protecting the region’s ecological, geological and historical significance, the NMCA has a high potential for tourism, providing boating, fishing, kayaking and other recreational opportunities (21).

FWPAs such as the Lake Superior NMCA have a strong potential to conserve falling freshwater biodiversity and protect it from ongoing threats. While they cannot be the only strategy, FWPAs should form a larger, encompassing management approach to safeguard freshwater ecosystems and ensure their life-sustaining functionality.

Read the rest of the report: 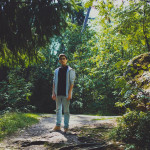 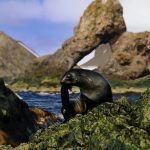