Nathaniel Rose is part of a team of CPCIL Research and Knowledge Gatherers producing content and compiling resources on themes such as inclusion, ecosocial justice, partnerships, conservation, organizational sustainability, climate change and biodiversity, connection to nature, conservation financing, and ecotourism, to support effective and equitable leadership and inclusion in parks and protected areas across Canada.

This past week I had the opportunity to participate in the online Leadership Primer, “Parks, Representation and Black History” created by Jaqueline L. Scott. The goal of this unique online course is to explore equity and diversity in Canadian Parks and find ways to make Black Canadians feel more welcome in natural places. You can find the course on the website for the Canadian Parks Collective for Innovation and Leadership (instructions are at the bottom of this article) and it is free!

As a Knowledge Gatherer for CPCIL, rather than a Parks Leader, I did not have a specific park or protected area that I was connecting to through the Primer, but I still was able to connect with the teachings the Primer had to offer.

The Primer was mainly focused on Black Representation in Canadian Parks, and through a series of exercises, got me to think about how to make parks a more welcoming experience for Black, Indigenous, and People of Colour. The Primer also included a series of case studies outlining Black history in areas that you might not have known Black people played a role in. By the end of the primer I felt I was definitely in the process of questioning Black people’s representation in natural spaces, and the images and contexts used to promote them.

Here’s a bit of what I learned:

People of colour make up about 25% of Canada’s population, and in cities like Toronto and Vancouver, make up the majority of residents, but they don’t often travel to and spend time in natural areas (1). This is because there are barriers they come across, in the way parks are promoted and represented. Many of them are actually frustrated, as they feel the outdoor sector doesn’t include them (1).

People interact with parks in a variety of ways: names of trails, social media, brochures, newsletters, maps and historical and informative plaques. But many times these ways of interacting become “white spaces” as Black people and people of colour are not shown in the images used, the history shown, or the names given to these places.

For example: when you think about a park brochure, sometimes only white people are shown in the photos used, or if Black people are shown, they may not be doing the same thing that there white counterparts are. One of the exercises in the Primer asks you to question:

1) Whether Black people are the main subject of the photo, or if they remain in the background

2) Whether they are alone, pictured as a couple, or in a group

3) If it’s a couple or a group, are all the people Black?

4) What are the Black People doing in the photo?

These questions help you to think and reflect on the way Black people are portrayed. Interestingly enough, people are less likely to try an activity if they don’t see people of their race or culture participating in that activity. So a lot of how you promote a place does a lot to determine who feels eager and welcome to go to it.

The end of each exercise in the primer, asks you to question what opportunities you can think of for changing the landscape of black representation in your park. For example, one question is: “ What opportunities are there to add new plaques in your park to reflect the multicultural history of the park or areas around it?” (Scott). Another question was: “Who could you reach out to find these stories?” (Scott). I found that this second question was a really helpful step, in getting you to actually start making change in your park.

The second section of the Primer focused on different case studies of Black people in history. Notably many of the examples were new to me, and not something I had been taught in school. Scott smartly notes that “Appealing to Black history is a way to get Black people to visit National and Provincial Parks”. It locates Black people in the space in the past, so they feel they can visit in the present. It sends the message that if they were there in the past, why not come now? Including Black history in plaques or park brochures would then be a good step in ensuring the Black population feels welcome in that space.

One interesting fact I learned was that Black people were involved in the Fur Trade. I learned this through a case study of George Bonga, who held a trading post at Leech Lake, which is now in Minnesota, and was an important cultural delegate between the Ojibwe and Europeans (2). He signed two treaties between them, one in 1820 and one in 1867 (2). Another fact that I learned was that Black people had a lot to do with the Ranching Industry and the Calgary Stampede in Western Canada (1).  I found it particularly interesting that a cowboy, named John Ware, was said to be gentle with horses, almost a “horse whisperer” (3). When I learned this, I remember thinking: “Huh, this is the first time I had thought of Black people being sensitive with animals”. Not that I didn’t think that was possible, but I had never learned about a specific person who was Black and who also worked closely and intuitively with animals.  This changed my perspective on the breadth of humans interacting with the animal kingdom.

The Primer ended with a great question: Why are we not taught about these notable Black people in the school system?. In a video interview about John Ware, author and playwright Cheryl Fogo notes that she is hopeful and optimistic that we (Albertans) are getting there (3). Fogo notes that she has been involved in talks about updating Alberta’s school curriculum (this was back in 2017). I wonder what progress we have made so far…

I definitely recommend taking this Leadership Primer on Black Representation in Parks. I learned a lot about Black history and grew a lot in terms of my own awareness of how to transform parks to make them more welcoming to Black, Indigenous, and People of Colour. I also found I could apply this knowledge to other areas of my work – including my work in the theatre sector. 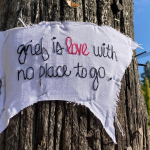 Peaks and Valleys: Nothing is More Natural than Grief

Case Spotlight: The Right to Dismantle Encampments in Parks and Public Spaces 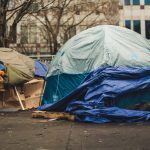