This blog post was submitted as part of the 2019 Park Leaders Development Program.

When you think of playgrounds, what comes to mind?

For many years, playgrounds in Saskatchewan Parks have meant the traditional steel structures with slides, climbers, monkey bars and swings.  And for many years we didn’t think much of it.  But what if we could use play spaces to further connect our youngest park visitors to the beautiful environments our parks exist within?  Over the past number of years, the idea of natural playgrounds has surfaced.  Natural playgrounds are just that – a play space designed to emphasize the natural environment, consisting of natural features such as boulders, logs, tree stumps, and other natural elements.

When the idea of natural playgrounds first arose at Saskatchewan Parks several years ago, it was met with concerns regarding how stringent playground safety standards could be achieved and the potential extra maintenance requirements to keep natural elements safe.  We continued on with replacing old, deteriorated play structures with new standard play structures which met all safety standards, were turn key products for supply and installation, and were cost effective and efficient to deliver.

Recently though, continued thoughts from various park staff regarding the merits of natural play, coupled with advancements and research in this field, have prompted further consideration. We recognize the path forward may mean taking a step back.  We have an opportunity to utilize natural play spaces in our parks to emphasize connections to the natural environment for our next generation of park visitors.  There are some great ideas regarding how interpretive and education components could be incorporated into natural play spaces.

At the Spring 2019 CPCIL Park Leaders course I had the opportunity to share the challenges and considerations we are facing in our playground program with park leaders from across Canada.  It was inspiring because I could see the audience was intrigued by what I had to share.  It is clear other jurisdictions are faced with these same questions.

However, an interesting thing happened on a recent camping trip with my family.  Late August weather in Saskatchewan was not conducive to a beach day and so my kids instead requested to go on a walk to the playground.  On our walk we took the scenic route, a wandering park trail, that leads to the beach, and eventually up another trail to the playground.  This is a ten-minute walk.  However, we arrived at the playground two hours later!

The kids were preoccupied with exploring along the trail, followed by the realization the beach was actually a fantastic spot we had all to ourselves on this cooler, close to fall day.  Even though the temperature was cool, the perfectly calm water and sun with no wind made for great weather to sit and enjoy skipping rocks.  Soon after the shovel and pail that were meant for the man-made sandbox at the playground were being used to build masterpieces on the beach.  And not long after that we sent for bathing suits for the kids so they could get out of their wet clothes and enjoy the water.  We did make a short stop at the playground afterwards, before heading back for a very late lunch, but it was the experience on the beach that stood out. We visit the beach at the park all the time, however I looked at this experience differently, as did my daughter with her knew found knowledge of nature based play experiences.  She realized that while the playground may have been our plan, our experience was elevated by our time connecting directly with nature.

For me, this drives the point home that while traditional playgrounds may be an amenity our visitors have come to expect, it is the natural elements of our beautiful spaces which draws them to the park in the first place.  We have an opportunity to do more now that we know more.  Remaining open to thinking outside the box could allow us to incorporate the natural features of our parks into play-based educational and interpretive experiences for our youngest park visitors to enjoy. 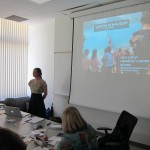 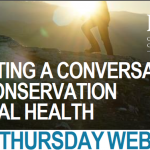 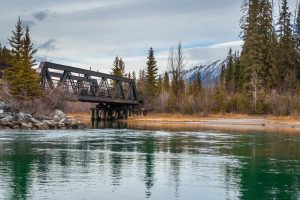