Ebany Carratt is part of a team of CPCIL Research and Knowledge Gatherers producing content and compiling resources on themes such as inclusion, ecosocial justice, partnerships, conservation, organizational sustainability, climate change and biodiversity, connection to nature, conservation financing, and ecotourism, to support effective and equitable leadership and inclusion in parks and protected areas across Canada. These positions are funded by Canada’s Green Jobs Program and supported by Project Learning Tree.

Growing up in Saskatchewan, I always had a strong appreciation for the Rockies. Every summer since I can remember, my family would make our yearly pilgrimage to the Banff area where my brothers and I would make a game of trying to accurately name every mountain that we could see outside of our car window. Approaching our stay in Canmore was always the best part and we’d frequently try to petition reasons to live there permanently to our parents, with little success. Nestled in a valley surrounded by gorgeous snow-capped limestone peaks, I always assumed Canmore was the perfect place to live. So I was shocked to learn in my early 20s that one of my favourite features, Ha Ling Peak, was not always called by that name.

According to the documentary ‘Ha Ling Peak’ by Bryce Zimmerman that aired on CBC in 2018, the story goes that a Canadian Pacific Railway cook named Ha Ling climbed the mountain in under 10 hours for a bet. Impressed by his abilities, the townspeople of Canmore decided to name the peak after him, but unfortunately, through time the mountain lost his given name and was simply referred to as “Chinaman’s Peak” well into the 1990s despite the term being a well-known racial slur.

It took months for people like Roger Mah Poy, a long term resident and school teacher in Canmore, to publicly debate and educate people on why the name should be changed and how the term “chinaman” deprives Chinese people of their humanity, of their names. Looking to his children as a motivator for his activism, he said, “I want them to grow up in a world where it shouldn’t matter their racial background”.

It wasn’t easy to get public approval on changing the name, and even today, some still refer to the peak by the old name. The name change is something that I am personally glad happened, as I have never known the peak as anything other than Ha Ling Peak.

Not only did this documentary help me become more aware of what reconciliation looks like in action, but it also made me think more on the ways that names, especially when associated with places, hold so much political and historical power. It makes you question what power dynamics are at play when place naming occurs. Despite the success of renaming the peak to Ha Ling, it’s important to become aware that even before colonialism and before Ha Ling, Indigenous people had names for these places. They had emotional, traditional, and spiritual connections to those names that are unknown to people like me who only know one version of history.

Yet, through reconciling with the communities who have been harmed through exclusion and allowing them to play active roles in deciding what ways to reach reconciliation, we can change the narrative so that younger generations will know these histories naturally and understand the diverse world views that have existed before we settled here. Even Mah Poy said he approached the renaming of the peak with “ambivalence” because he was conscious of the fact that there was an Indigenous name for that peak, and a lovely story behind it.

A Work in Progress

Despite the peak being renamed in 1997, many places within Alberta alone hold offensive, derogatory, or exclusionary names that Indigenous communities want to change. And while we’ve had some success especially in 2020 with the new naming of Upper Stoney Trail and Bald Eagle Peak, there is still much work to be done. For years the Stoney Nakoda people have been lobbying to change Tunnel Mountain to Sacred Buffalo Guardian Mountain (translation), with little success. We need to take this time to question the ways that supposedly inoffensive names (like tunnel mountain) or perceptions of nature/ethical place maintain a system of exclusion and inequality.

It is my hope that through my series of blog posts exploring what reconciliation means through a consideration of the United Nations Declaration on the Rights of Indigenous People (UNDRIP), the Indigenous Circle of Experts Report (ICE), and the Truth and Reconciliation Commission Report (TRC); that I can highlight the many different ways that we can achieve reconciliation by including Indigenous people, cultures, world views, and approaches to conserving the land into every aspect of national parks. 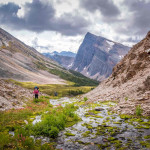 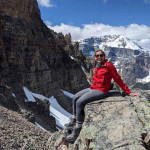