The Polar Bear Alert Program is run by Manitoba Conservation and operates out of Churchill, Manitoba. The goal of the program is to protect the residents and visitors of Churchill from negative interactions with polar bears, while ensuring the conservation of the polar bears that migrate through the area [1].

The Polar Bear Alert Program was founded in 1982 in Churchill, Manitoba [2]. It was established in response to the community’s need for advanced protective measures for both community members and polar bears [1]. The program is primarily active when arctic sea ice has thawed, from August through November. Polar bears are most active in the townsite between October and November [1].

The town of Churchill is one of the only inhabited settlements globally that coexist with polar bears [3]. The Polar Bear Alert Program consists of a task force charged with aversive conditioning of polar bears in the area to prevent them from entering the townsite [1]. Since the program has been implemented, human deaths and maulings, as well as polar bear deaths, have decreased [2].

Aversive Conditioning: Aversive conditioning is a strategy used by conservation officers to dissuade polar bears from interacting with humans or approaching the townsite. It is the act of providing negative stimulus in response to unwanted behaviour, such as approaching human-inhabited areas. Polar bear habitat does not often overlap with human habitat, therefore the bears are not naturally conditioned to be fearful of humans, and typically display curiosity rather than fear. The purpose of aversive conditioning is to encourage the bears to fear humans and thus avoid interacting with humans to eliminate human-bear encounters [2,5].

Polar Bear Holding Facility: The Polar Bear Holding Facility consists of five air-conditioned cells and one heated cell for cubs. Polar bears who continue to return to the townsite, show aggressive behaviour, are food conditioned or human habituated, or otherwise deemed a problem bear, are placed in the holding facility. Polar bears are typically given three strikes in the facility before a conservation officer is tasked with destroying the animal [1].

Educational Campaigns: The Polar Bear Alert Program has ongoing educational campaigns in the town of Churchill. These campaigns are primarily targeted towards visitors who may not be aware of the dangers posed by polar bears or how to handle an encounter. Educational campaigns include signage around the town, infographics, and extensive online resources [1,3].

Tourism: Churchill is a major tourist destination for polar bear tours. Visitors tend to flock to the area when polar bear activity is greatest, causing even greater reliance on the program for community safety. Visitors are encouraged to only engage in polar bear tourism through guides and tour companies in order to avoid unsafe situations for people and bears alike [5].

Churchill, Manitoba, a town of approximately 900 year-round inhabitants, sits on the western edge of Hudson Bay. Churchill is situated along the migratory route taken seasonally by polar bears as they make their way towards the Arctic sea ice to hunt [3]. Polar bears will follow the coastline of Hudson Bay to reach the sea ice, which causes the bears to cross directly through the town [2]. With the arctic sea ice forming later in the year and melting earlier in the season due to global warming, polar bears are forced to remain in subarctic Canada for longer periods of time [4]. Additionally, the reduced ability to hunt has forced the bears to turn to other sources of food to sustain them, such as food waste [2].

The predatory nature of polar bears combined with deteriorating access to their natural food source has led to increased human-polar bear encounters. The polar bear population in the western Hudson Bay area is currently declining [4]. The Polar Bear Alert Program, therefore, is equally significant in protecting humans from polar bear attacks as it is in protecting polar bears from harm due to human conditioning [1]. 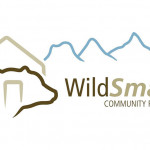 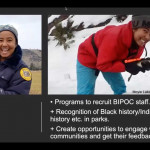 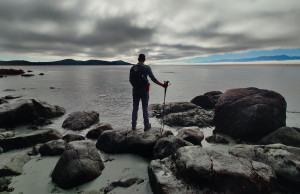