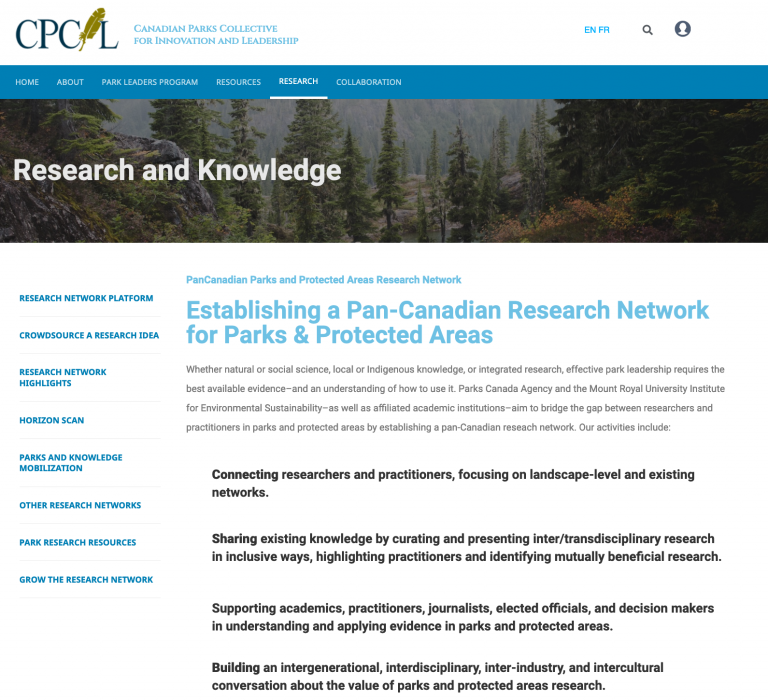 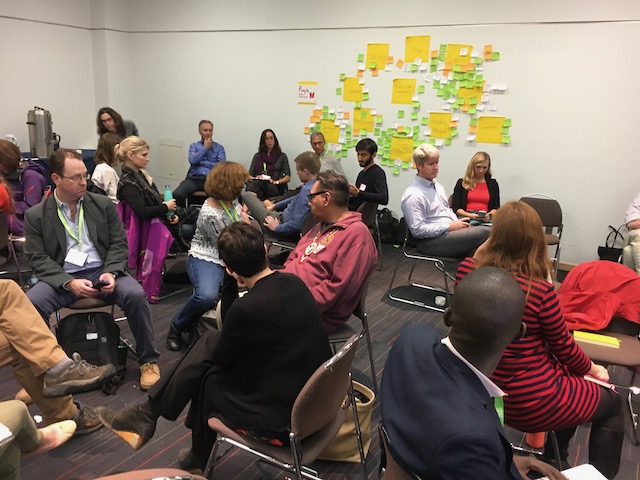 Despite the disruptions of recent months, CPCIL has made progress behind the scenes with support from Parks Canada, the Canadian Parks Council, and our collaborating universities of Mount Royal University, York Faculty of Environmental and Urban Change, and Royal Roads University. We are pleased to announce the launch of the Pan-Canadian Parks and Protected Areas Research Network as part of the Canadian Parks Collective for Innovation and Leadership (CPCIL).

The platform includes space to search profiles and connect with others, a tool to crowdsource research ideas, and space to share resources and highlight research and scholarship publications and events. We are also teaming up with Parks Canada to launch a Parks and Protected Areas Horizon Scan through the research network.

We invite you and your associates to join us on virtually on November 10th at 1pm Eastern Time to hear about the network, explore the platform, and engage in dialogue with others interested in parks and protected areas research and knowledge. A recording will be made available in the future.

Register for the November 10, 1pm Eastern, Launch and Dialogues

An emerging theme of recent CPCIL Park Leaders Development Programs is the need to support the mental health and wellbeing of people who work for park agencies, often on the front lines of climate change, natural disasters, and biodiversity loss and nearly always passionate professionals who feel deep personal commitment to the work of adaptation, recovery, protection and restoration. This webinar will showcase capstone team projects from the spring 2019 Park Leaders Development cohort on the topic of conservation mental health.

This webinar also features the author of the upcoming book

Taking a Break from Saving the World
A Conservation Activist’s Journey from Burnout to Balance
by Stephen Legault
(release date May 5, 2020)

This blog post was submitted as part of the 2019 Park Leaders Development Program.

When you think of playgrounds, what comes to mind?

For many years, playgrounds in Saskatchewan Parks have meant the traditional steel structures with slides, climbers, monkey bars and swings.  And for many years we didn’t think much of it.  But what if we could use play spaces to further connect our youngest park visitors to the beautiful environments our parks exist within?  Over the past number of years, the idea of natural playgrounds has surfaced.  Natural playgrounds are just that – a play space designed to emphasize the natural environment, consisting of natural features such as boulders, logs, tree stumps, and other natural elements.

When the idea of natural playgrounds first arose at Saskatchewan Parks several years ago, it was met with concerns regarding how stringent playground safety standards could be achieved and the potential extra maintenance requirements to keep natural elements safe.  We continued on with replacing old, deteriorated play structures with new standard play structures which met all safety standards, were turn key products for supply and installation, and were cost effective and efficient to deliver.

Recently though, continued thoughts from various park staff regarding the merits of natural play, coupled with advancements and research in this field, have prompted further consideration. We recognize the path forward may mean taking a step back.  We have an opportunity to utilize natural play spaces in our parks to emphasize connections to the natural environment for our next generation of park visitors.  There are some great ideas regarding how interpretive and education components could be incorporated into natural play spaces.

At the Spring 2019 CPCIL Park Leaders course I had the opportunity to share the challenges and considerations we are facing in our playground program with park leaders from across Canada.  It was inspiring because I could see the audience was intrigued by what I had to share.  It is clear other jurisdictions are faced with these same questions.

However, an interesting thing happened on a recent camping trip with my family.  Late August weather in Saskatchewan was not conducive to a beach day and so my kids instead requested to go on a walk to the playground.  On our walk we took the scenic route, a wandering park trail, that leads to the beach, and eventually up another trail to the playground.  This is a ten-minute walk.  However, we arrived at the playground two hours later!

The kids were preoccupied with exploring along the trail, followed by the realization the beach was actually a fantastic spot we had all to ourselves on this cooler, close to fall day.  Even though the temperature was cool, the perfectly calm water and sun with no wind made for great weather to sit and enjoy skipping rocks.  Soon after the shovel and pail that were meant for the man-made sandbox at the playground were being used to build masterpieces on the beach.  And not long after that we sent for bathing suits for the kids so they could get out of their wet clothes and enjoy the water.  We did make a short stop at the playground afterwards, before heading back for a very late lunch, but it was the experience on the beach that stood out. We visit the beach at the park all the time, however I looked at this experience differently, as did my daughter with her knew found knowledge of nature based play experiences.  She realized that while the playground may have been our plan, our experience was elevated by our time connecting directly with nature.

For me, this drives the point home that while traditional playgrounds may be an amenity our visitors have come to expect, it is the natural elements of our beautiful spaces which draws them to the park in the first place.  We have an opportunity to do more now that we know more.  Remaining open to thinking outside the box could allow us to incorporate the natural features of our parks into play-based educational and interpretive experiences for our youngest park visitors to enjoy.

Each participant of the CPCIL Park Leaders Development Program is required to develop and deliver a solo presentation as part of the program residency. These presentations are designed to develop leadership communication skills, spark conversations, and may even be developed as capstone projects.

For the Spring 2019 program, presentations were required to explore a collaboration or leadership-related challenge or opportunity in their organization from their point of view. The presentation identified the situation, barriers and opportunities, and the participant’s role in addressing it.

For more information on any of these solo projects, contact: MANAGER@CPCIL.CA

Each participant of the CPCIL Park Leaders Development Program is required to develop and deliver a solo presentation as part of the program residency. These presentations are designed to develop leadership communication skills, spark conversations, and may even be developed as capstone projects.

For the Fall 2018 program, presentations were required to explore an economic or leadership-related challenge or opportunity in their organization from their point of view. The presentation identified the situation, barriers and opportunities, and the participant’s role in addressing it.

For more information on any of these solo projects, contact: MANAGER@CPCIL.CA

The wind is whipping the branches of the white pine, there’s a loon calling from somewhere in the half-darkness, and a constant threat of a downpour in Torrance Barrens Conservation Reserve.  Our group has just heard from staff of Ontario Parks and the Ministry of Natural Resources and Forestry about the challenges faced in managing this Conservation Reserve.  We break into small groups to consider what we’ve heard – who’s involved, what’s happening, why, and what matters most.  We’re starting to form some recommendations based on our collective cross-Canada experience in parks and protected areas management.  All before 7:00 a.m. 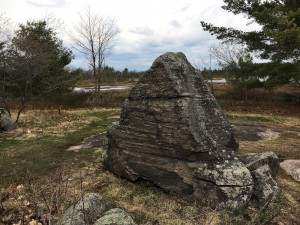 This is service-learning.  We are 21 participants in the CPCIL Park Leaders Development Program. We come from 10 agencies and represent nearly all the regions of Canada.  The goal is for our group to make a meaningful contribution towards solving a real problem while having a learning experience.  Field trips are usually fun, but this is better.  This means something.  The Conservation Reserve managers are genuinely interested in our ideas on what ways there are to approach their challenges, or what next steps they can consider trying.  We are equally grateful for the opportunity to apply the techniques we’ve been learning in the classroom to something that hasn’t already been figured out, that doesn’t have an answer yet.

It’s fitting to arrive in Canada’s first Dark Sky Preserve before dawn.  The early morning start and accompanying sunrise ceremony led by an elder from Shawanaga First Nation help us focus.  We haven’t had to make any decisions yet today.  There haven’t been any conference calls, or emails marked as urgent to drain our brain power.  We need only to listen.

Everything we’ve heard from our hosts this morning and that we’ve learned from each other so far this week points to relationships as being the key.  We come back together and share our take on the situation. Every group recommends spending time investing in relationships and suggests opportunities for collaboration with community partners.  Nobody says it will be a fast process, or without conflict.  No doubt the Conservation Reserve managers already know this to be the right thing to do.  Sometimes, just the reminder that across the country we face similar challenges and work towards similar goals is enough to keep us moving forward. 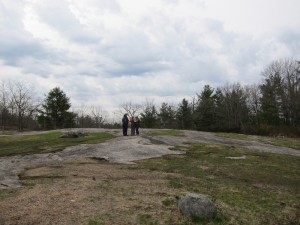 It’s been refreshing to spend some time on a problem that isn’t ours.  That separation made constraints disappear and ideas flow. Equally refreshing was spending some time in a beautiful place. Thank you to the Ontario Ministry of Natural Resources and Forestry and to Ontario Parks for inviting us. 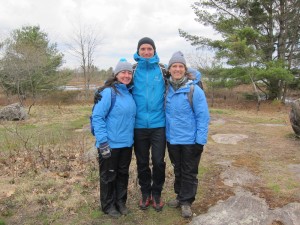 Check out the Innovator’s Compass, the tool we used during this service-learning experience to analyze the situation and make recommendations, at https://innovatorscompass.org/.

After several weeks of pre-residency work–preparing solo presentations on economic challenges facing park agencies and posting reflections on a leadership article and a CPC financial sustainability video–21 Park Leaders from across Canada gathered in Canmore Alberta for the first residency of the Canadian Parks Collective for Innovation and Leadership.

Hosted in the Alpine Club of Canada Clubhouse for the week, the group gave presentations, collaborated on capstone team projects, and built networks that will last beyond the program. Workshops throughout the residency included:

While evenings were free for networking, there were two memorable events, including a fireside chat with CPC Park Leadership alumni Peter Swain, Nadine Spence, and Kathie Adare and an informal conversation with Acting Parks Canada General Director, Michael Nadler.

In addition, the group participated in two field experiences, the first focused on innovative approaches to economic sustainability, and the second built around the idea of contributing to the park community, as the CPCIL Park Leaders is tended to local challenges and provided feedback for park managers and programmers. The former included a trip to the Calgary Zoo to explore their visionary approach to becoming Canada’s leading wildlife conservation agency and a stop at Glenbow Ranch to explore private land conservation and other effective conservation mechanisms with Guy Greenaway from the Miistakis Institute. The latter included a site tour of the Canmore Nordic Centre Provincial Park, a visit to the Peter Lougheed Discovery Centre in Kananaskis Country, and a stop at the Morley Artisans Flea Market. In all cases, the hosts appreciated the conversations and ideas generated by the Park Leadership Development Development Program participants.

Having returned home from the Rocky Mountains and to the reality of daily work, all the participants are focused on their solo tasks–working with the program facilitator to create outreach projects to bring leadership learning back to their home agencies–and their capstone team projects. These projects reflect collaborative approaches to looking at parks in new ways and aim to do things such as

Capstone projects are expected to be complete by mid April and will be posted on the park leaders development program page.