“In The Wisdom of Crowds, James Surowiecki describes how the SARS virus was isolated in a matter of weeks instead of years when the World Health Organisation assembled eleven research teams from around the world in March 2003 and asked them to collaborate to find the cause of the disease that was claiming hundreds of lives in Southern Asia.

Each team was allowed to pursue their own line of discovery, but instead of guarding the results closely in the hope of winning personal glory, all agreed to share their emergent findings daily by email. The collaborative process allowed the teams to follow multiple directions, build rapidly on each other’s research and determine which leads were fruitful and which were blind alleys in record time.

Within a month of starting the collaboration, the virus that caused SARS had been found and confirmed. Although no one team or individual could claim its discovery, everyone contributed – and everyone won” (Archer & Cameron, 2009).

Fast forward to 2020 and COVID 19, a network called CANcovid has been established in Canada, as an online platform to accelerate the co-creation and mobilization of knowledge to fight the virus between the health sector, researchers, industry and policy makers.

The CANCovid website (www.cancovid.ca) emphasizes collaboration, coordination and communication as core capabilities of the network. Communicating and collaborating across sectors and communities, in a clear and transparent way, can create strong bonds between people and overcome conflicting priorities and values. This collaborative leadership makes knowledge flow to create innovation. Innovating through collaborative leadership is a useful model to guide the resolution of complex problems like COVID. 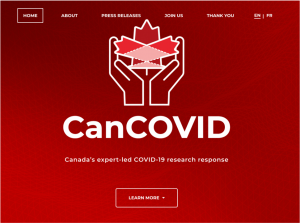 This model of collaboration is also useful to address issues of conservation or reconciliation in the ecosystem of parks and protected areas.