What I’ve Learned About Learning: University Degrees for Parks People

Karly Upshall is part of a team of CPCIL Research and Knowledge Gatherers producing content and compiling resources on themes such as inclusion, ecosocial justice, partnerships, conservation, organizational sustainability, climate change and biodiversity, connection to nature, conservation financing, and ecotourism, to support effective and equitable leadership and inclusion in parks and protected areas across Canada.

That being said, the more I get to know park leaders, the less clear I am about what a career in parks actually entails. These wonderful people I met through the CPCIL programs have opened my eyes to a variety of backgrounds, interests and experiences, all of which make up the parks world beyond a singular definition. More and more, the parks field is becoming an interdisciplinary forest.

This fact is partially what made my task of curating a degree list so complicated. While I hope that this list is a meaningful resource for those looking to pursue or further a “green” type education specifically relating to Parks, this list was made through my own lens of what I’ve seen from current Park Leaders, what I understand to be the direction of Parks in general, and what I personally would like to see be a part of the future of Parks.

Plenty of Paths in Parks Professions

Within that struggle to define a Park Professional also lies the question of the definition of Parks. There are National Parks, Provincial Parks, Municipal Parks, Indigenous Protected and Conserved Areas, Marine Protected Areas, and hundreds of other protected land designations across Canada, and they all need a variety of people to run the show. The breadth of knowledge and experience required by parks is vast, however, a list that includes every area of expertise would not have been that helpful of a resource. Applicable programs such as Human Resources, Organizational Management, and even Environmental Engineering were mostly left off of this list due to their non-specificity to Parks or environmental protection in general. Geology and Anthropology are also rarely found on the list as Geology often focused on resource extraction rather than land protection and Anthropology often lacked an environmental element. Some green sounding degrees were also left out because their focus was in agriculture and crop production. I am not perfect, however, and I am certain that some things have snuck in that shouldn’t have, and other things were left out that should have been included.

While I aimed to be as unbiased as possible in my creation of this list, it is never possible to be truly neutral. Being a part of something, creating something, means it was created through your worldview, and that’s okay. I come from a humanities background, so you’ll definitely see my bias show up in this list. Because of this, I tended to give a little more wiggle room to degrees that involved community development, leadership, Indigenous studies, and the kind of social equity programs you might not typically associate with parks. I believe that diversity includes a diversity of educational backgrounds. By no means am I trying to overshadow some much more crucial inclusion issues that parks across the nation are tackling such as gender, race, and LGBTQ+ inclusion, but some of these degrees reflect the knowledge and interests of the people often left out of the conversation.

I was also more likely to include the certificate or diploma in some topics rather than a full degree, as they made more sense as complementary knowledge rather than an educational focus for someone aiming to be a parks professional. Therefore, the following list will generally fall into one or more of these topics:

If you are interested in a general cacophony of these niches, this list was made for you.

The University of British Columbia - Vancouver

University of the Fraser Valley - Abbotsford

The University of Winnipeg - Winnipeg

The list was determined using the Government of Canada’s List of Designated Educational Institutions and setting the filter to “University” for each province. An exception was made for Mount Royal University, which is designated as a Junior College on this list but has recently attained its University status. Vocational schools, technical colleges, and private institutions are not a part of this list.

Do you know of a really great program related to parks? Leave us a comment below, we would love to see what you are all learning! 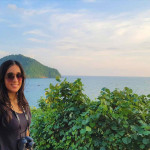 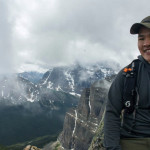